Hotel Balzac: in the Beginning

The history of luxury Hotel Balzac reads like a novel. In the beginning of the 19th century, French banker Nicolas Beaujon commissioned the architect Nicolas-Claude Girardin to create a 'folie' for him on the considerable land attached to his principal residence. The result was a pleasure palace built at the intersection of the present day rue Beaujon and rue Balzac and known as 'La Folie Beaujon'.

This 'folie' was regarded by contemporaries as extraordinary and was built in an exotic style with a large central pavilion anchoring four attached apartments.

After Nicolas Beaujon's death, this well-known establishment evolved and changed hands several times before becoming home to a 'salon' for epicureans and champagne lovers. It was around this time that the legendary French writer took a fancy to the property…

The Spirit of Honoré de Balzac

Regarded as one of the founders of realism, Honoré de Balzac was a noted French novelist, playwright and short story writer… most famous for his collective works of La Comedie humaine, a panoramic look at French life between the Restoration and the July Monarchy (1815 – 1848).

After a sickly and fairly dismal childhood, Balzac arrived in Paris with his family and spent two years under private tutelage before entering the Sorbonne, where he studied under future Prime Minister Francois Guizot, classicist Abel-Francois Villemain and Victor Cousin, the famous philosopher. On completing his education, the future author spent three years as a law clerk before announcing his intention to become a writer.

For the next ten years, Balzac honed his craft as an author. Though some of his writings bore faint hallmarks of his later works, this was a learning phase. He wrote mainly under pseudonyms, creating strange stories, trashy novels and titillating potboilers.

Shortly after he eventually began to publish work under his own name, Balzac hit upon the idea for his masterwork, La Comedie humaine… and for the next 20 years his individually published novels, plays and short stories painted a complex portrait of French society, which were eventually combined into one expansive masterpiece

Over the years his writing has influenced a litany of , including the novelists Marcel Proust, Émile Zola, Charles Dickens, Gustave Flaubert, Marie Corelli, Henry James, Jack Kerouac, and Italo Calvino as well as important philosophers such as Friedrich Engels.

It was towards the end of his career that Honoré de Balzac became enchanted with the future hotel, and in 1846 he acquired the property to give to Countess Ewelina Hanska, who he married in May 1850. He spent his last days in the house and died without ever having paid the purchase price.

Balzac's spirit lives on in the luxury hotel where collections of antique books as well as lithographs depicting the writer, and scenes from his work can be found. 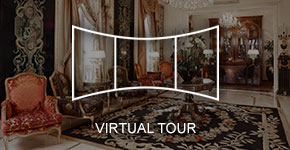